Plyterra Group has celebrated Machine Builders Day. On September 28, the representatives of the enterprise participated in the ceremonial meeting dedicated to the holiday, that took place in the Republican Palace of Culture.

Head of Mordovia Vladimir Volkov congratulated those who gathered. In his speech he emphasized that machine building is one of the most important industries of Mordovia's economy. Its share is currently estimated at half of the whole industrial complex. As a result of 8 months of 2018 the index of industrial production has amounted to 111%. It is the great achievement of the enterprises that constantly introduce the latest technologies in production, improve the quality of products and focus on improvement of the skills of their employees. Head of the Republic also noted that the volume of goods exported from enterprises of Mordovia has increased almost three times for the last three years.  It was good to know that Plyterra Group also contributes to sustainable development of the Republic.

Vladimir Volkov awarded the best workers of the machine-building industry. Head of Plywood Workshop of Plyterra Natalya Vechkayeva also received the award from the Head of the Republic for Significant contribution to the development of the enterprise. Vladimir Volkov wished all the participants the same professionalism, dedication and loyalty to his vocation.

Plyterra Group is proud of its emlpoyees! 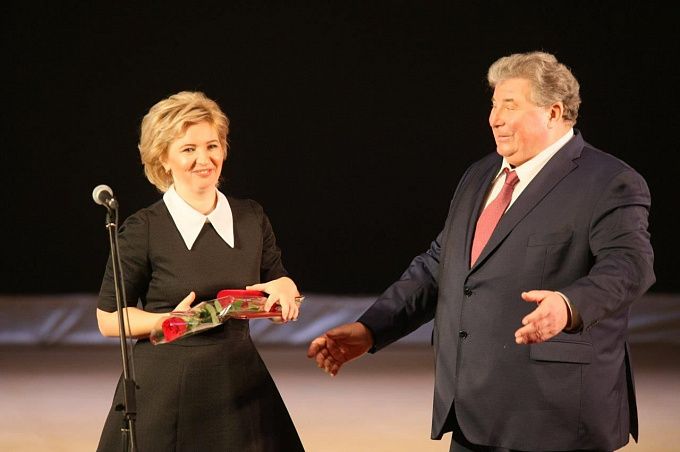