This is an important part of the second stage of plywood mill construction. 2 250 million rubles have been invested in the project. 999 million rubles are the loans provided by the Industrial Development Fund at the rate of 1% p.a. The new line made it possible to increase the production volume by 40% from 115 to 160 thousand cubic meters of plywood per year, as well as to reduce the rejects rate by 5%. It will also contribute to lower consumption of raw materials.

Another important area of Plyterra's development is the production of biofuel. The company has already established the production of fuel briquettes, which, like plywood, are sold both in the Russian market and for export. Sergey Nikonorov, CEO of Plyterra, JSC: 'We are facing a new challenge introducing an environmentally friendly biofuel, i.e. pellets. Wastes from the woodworking and non-merchantable wood will be used as raw material. Thus, we will solve the problem of wood wastes disposal, which is crucial for all plywood manufacturers.'

Acting Head of the Republic of  Mordovia Artem Zdunov: 'The start of new production facilities and the expansion of existing capacities have always been important for the development of the region's economy. Such industrial companies have a great impact on the lives of people in rural areas, as new jobs give them an opportunity to live and work in the region. The company has a strong team, which implements projects for both domestic and foreign markets. There is a great potential for further development of the mill.'

It should be noted that more than 70% of Plyterra products are exported to more than 70 countries. This is the highest rate among the exporters of the Republic of Mordovia. 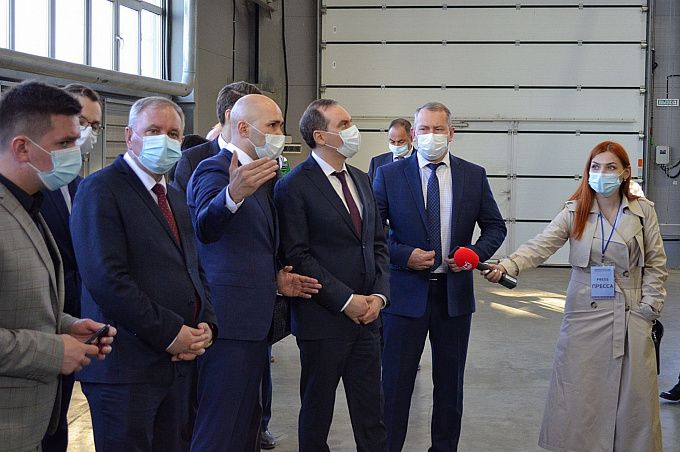